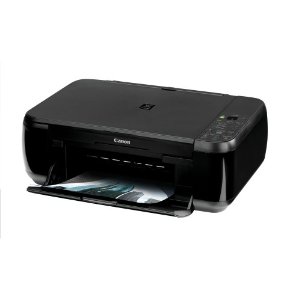 I own a Canon Pixma MP280 printer. I bought it a few months ago from Amazon for about $56 dollars. This printer doubles also as a scanner and it is also a photocopier. When I got the printer it actually came with three pages of Canon photo paper and I used that paper to print out some photos just to test out that feature and they turned out beautiful.

Overall I think the unit is great. The print quality is always outstanding for me and I like that if you’re running out of color ink the printer has an option to just print in black and white. I know some printers don’t have this option so when you run out of color ink with those guys you can’t print anything at all.

So I was happy to see that this Canon PIXMA MP280 isn’t like that. It does have its flaws however. The printer takes a little while to warm up when you first turn it on. It also makes a lot of noise when you first turn it on. And turning it on isn’t the only problem. When you go to turn it off you have to hold down the off button for quite a while and sometimes it doesn’t even turn off the first time you press the button, which is a bit annoying.

Now on to the all important question of ink. The ink for this printer is very delicate. It comes in what’s called a "fine ink cartridge" and Canon encourages you to be very careful with the "fine ink cartridge." Canon warns you to be very careful when you replace the ink. I don’t know what happens if you’re not careful, but I’m not taking any chances.

The color ink costs about $20 and the black ink costs about $15 if you buy it on Amazon, so it’s not incredibly expensive. It seemed to me that the ink ran out rather quickly, but that could have just been because I printed out a lot of stuff.

It’s very easy to replace the paper in this Canon PIXMA MP280 printer. Overall this is a pretty good machine in my opinion. It’s not the best thing since sliced bread or anything, but I like it.