Canon Pixma MP495 Wireless All In One Color Printer

Canon Pixma MP495 Wireless All In One Color Printer 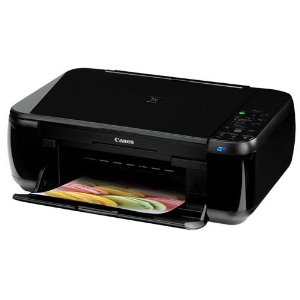 This is a review of the Canon PIXMA MP495

Printer. I love this printer! It has wireless functionality, which was a plus, but not a requirement when I was looking for printers. When I first received the printer, setup was a snap. I just followed the setup cd instructions, and everything was easy, even the wireless setup. I was mostly concerned with that, after reading some reviews online about its difficulty. Luckily for me, I didn't run into any snags.


Adding paper isn't difficult either. The paper tray is on the back of the Canon Pixma MP495, and the paper sits upright, like many at home printers. Replacing ink cartridges is pretty simple as well, once I figured out how to open the printer.

The instructions weren't very clear, and with this being a black printer, it was hard to see the opening. Once I figured it out though, it wasn't tough.

The basic functions are printing and scanning, and then wireless printing. You can't scan anything when the Canon Pixma MP495 printer isn't connected via USB. The only wireless function is printing. If I could change one thing about the printer it would be wireless scanning.

So far I haven't noticed a lot of ink usage, but I don't print that often. It doesn't use up nearly as munch ink as my old HP did. I bought this printer about 3 months ago, online from Amazon.com. I bought it based on the reviews, and I have to say I'm not in the least bit disappointed.